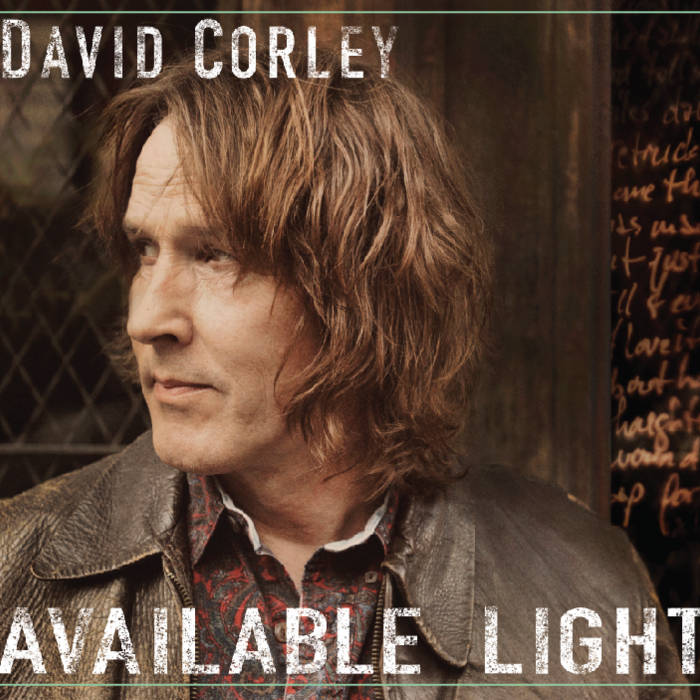 Rich Evans With all the pain and warmth and heartbreak and tenderness which only comes with age, these lovely songs, beautifully arranged -- sometimes spare, sometimes multi-layered -- touched me as few recent releases have. Listen, maybe cry, and enjoy what is left of the available light.

David Corley's 'Available Light', produced by the acclaimed Canadian multi-instrumentalist Hugh Christopher Brown, a collection of original indie rootsy-rock songs, encompasses the poetic landscapes of Corley's heart, as well as his life in rural Indiana and travels across the United States.


“David Corley has a rough baritone voice, one that makes you think of heartbreak, cigarettes and the low purr of a mountain lion.” Wei Huan-Chen, Journal Courier

“If there’s an album that’s a bigger surprise this year than David Corley’s “Available Light,” I haven’t heard it. At the ripe old age of 53, Corley has released a debut disc of ragged, atmospheric blues-rock that he most likely didn’t have in him when he was a younger man. We reap the benefits of Corley’s experience, and of the desperation apparent in his worn-through vocals….But there’s an underlying sense of hopeful resignation that comes through his weary croak and easygoing Americana piano and guitar, not to mention lyrics that have at times an almost Leonard Cohen-esque zen to them.” Pete Chianca, Wicked Local

David Corley endured a not so idyllic childhood on a horse farm in the town of Lafayette in Indiana despite loving, close knit family relations with his grandma Annabelle, mother Sarah, sister Annie and their two dogs "Moose" and "Ox". One of the banes of his early existence came in the form of piano lessons. for more info and longer bio, please go to: davidcorleymusic.com/bio/ ... more

Bandcamp Daily  your guide to the world of Bandcamp